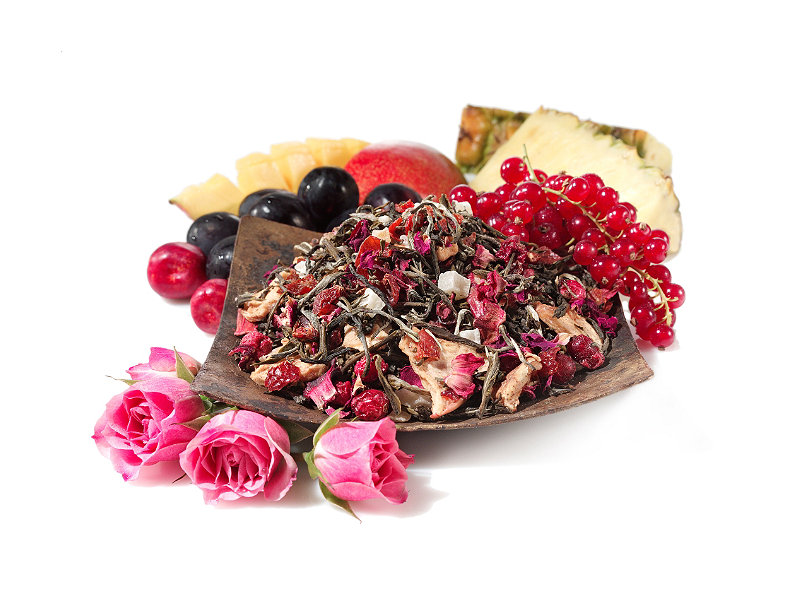 Ack. I was buried under a blizzard of work today and didn’t get around to that third fair trade review I promised. It’ll probably be pushed back to next week. Apologies.

Possibly one of the most wretched excuses for tea I’ve ever paid for? Yeah, that would be a slight exaggeration, but not by much. I knew TeaVana-via-Starbucks was a terrible idea, but i was really unprepared for just how jaw-droppingly pathetic it can be. I was told there is no tea menu; the barista had to read the flavors available out to me aloud, and i had to think back on what i’d had and possibly reviewed previously and choose a selection within fifteen seconds. For some reason I chose “Youthberry“, even though I’d never heard anything necessarily stellar about it. I know it’s a half-fruit, half-white berry-heavy tea that brews out a lot like an Herbal. *shrugs* What i actually ended up with is passable but, umm… Well…

Here’s the thing *scratches behind ear*: Selling mediocre tea to the masses along side your premium coffee? They’ve done this for years and called it Tazo.  Now they bring what used to be a respectable tea company product and retail it badly, in essence driving the idea home that tea is worthless. Okay, yes, so they do own TeaVana, and I’m not going to claim they shouldn’t do whatever it is they desire with their own property… but come on. I know TeaVana is profitable–in point of fact if it hadn’t been growing as fast as it was, it wouldn’t have appeared on Starbucks’s radar. I know if you ask any Starbucks manager they’ll tell you unequivocally that incorporating TeaVana is a GOOD thing because it brings more prestigious teas to the masses and makes it easier for tea-lovers to have something they like at their fingertips. <.< >.> o.0  Hypothetically, yes, the theory is sound. So far, however, their execution is so laughably far from that concept as to be completely futile.  If you want to know what TeaVana tea is like, people i urge you: