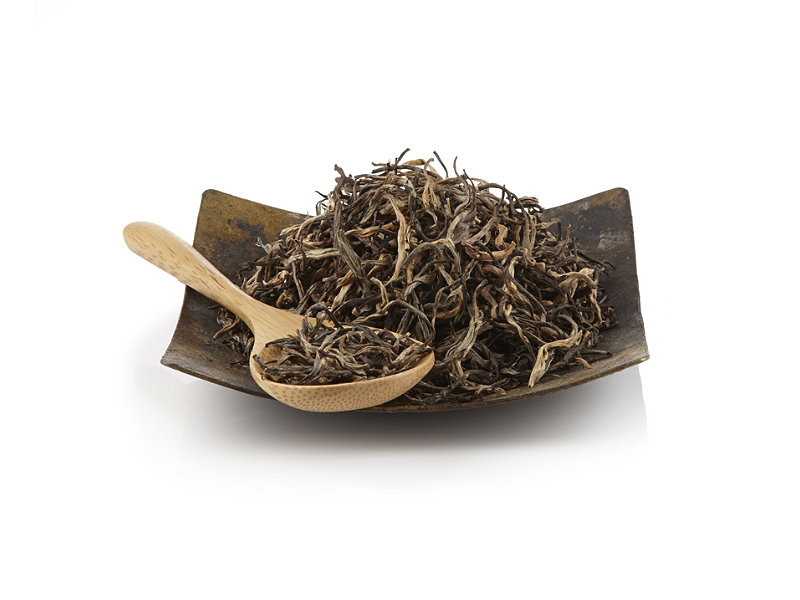 Golden Dragon is TeaVana’s first ever Yellow tea. Yellow tea has yet to take off in the West, but more specifically it’s basically just too rare to import without an enormous overhead. I was actually surprised to discover TeaVana was able to negotiate a contract with the Chinese growers they work with for a Yellow tea. They’re historically less popular than their Anhui Green cousins (though nowadays Yellow tea is made in Yunnan and Fujian as well).

Golden Dragon isn’t bad for a first attempt. In scent I’m reminded of a dank bamboo grove after a monsoon. It’s basically a “wet” vegetal aroma. In flavor, Golden Dragon has a more jagged taste than Yellows are supposed to be designed for, though that comes as little surprise given the need to “exoticize” their first Yellow tea for Western customers. I’m just really glad I was able to learn what real Yellow tea is like before I was introduced to Golden Dragon. That isn’t to say Golden Dragon isn’t a good tea. Especially with its Tippy medium-low grit texture, Golden Dragon is highly drinkable. I don’t know that I would necessarily spend what TeaVana prices Golden Dragon at though (I just bought a cup’s worth). They’re crazy with their prices and the really sad part is they’re able to effectively convince a lot of people they need to spend that much for quality tea. Well, to be fair, tea does get expensive fast, but I’ve never sampled a TeaVana tea I thought actually was top notch. For the better ones I’ve reviewed search for “Forbidden Kingdom”.