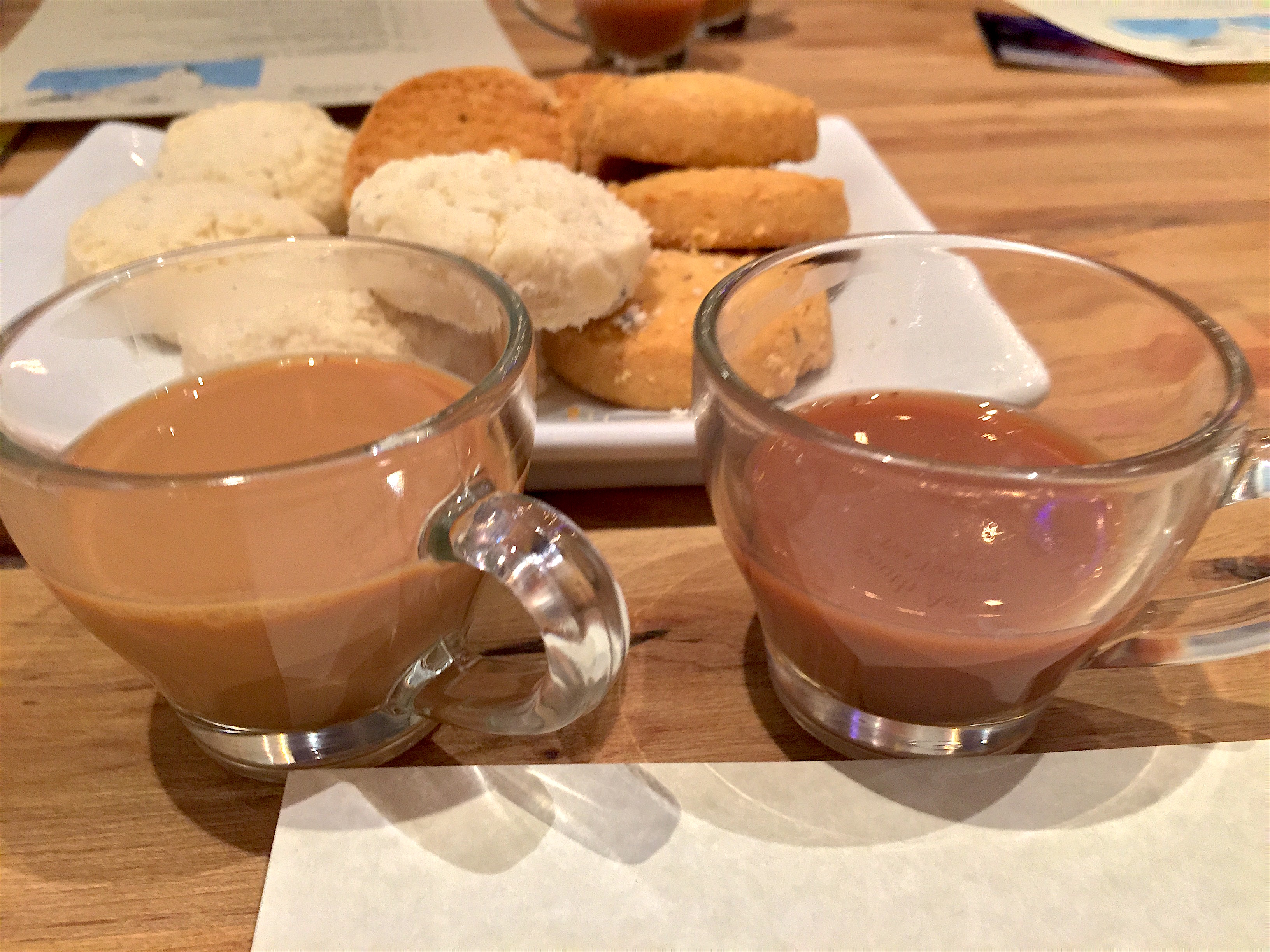 As you can well imagine, when I heard that several Detroit tea companies were putting on a Michigan Tea Week‘s worth of events, I got pretty excited. Unfortunately, it was kind of last minute news for me (and the first pilot year of the programme), so i wasn’t able to attend all the events. Nevertheless it was a neat idea and I definitely had fun and got some great deals on tea and teaware.

Although I was out on medical leave all week, i hadn’t known about the series of events far enough in advance or i would have found a hotel (probably in Ferndale) and just stayed in the city all week. As it was, i only had about $300 spending money to put toward Michigan Tea Week. I drove out to Detroit twice: Tuesday and Wednesday. I had really wanted to attend Monday’s Korean Tea Tasting at Goldfish Tea, and i was told ex post facto that it had been a terrific event. Sadly Monday morning my doctor had ordered a CT scan and an ultrasound for that night to check for possible blood clots/PE. There was just no way i could put those off (or drive to Detroit while the possibility existed). Thankfully i was cleared of both and so was able to drive to Detroit for Tuesday’s event.

However… Tuesday’s event didn’t happen. Dessert Oasis Coffee Roasters, the company hosting a 101 Tea Tasting that day is actually still deep into constructing their Detroit store, weeks away from having it open to the public. Just bad timing. However, they didn’t cancel the event ahead of time so i wasted a lot of gas/parking money with nothing to show for that trip… Well, except this image:

Wednesday, though, was well worth the effort. For Wednesday’s event Eli Tea hosted a South Asian Tea Tasting. While traveling through India and the Himalayas Eli learned a lot of secret tea garden knowledge he’s brought to bear in making Eli Tea Bar a success. For the South Asian Tea Tasting however, Eli offered customers a bit of that knowledge paired with some really fabulous hand-selected South Asian teas.

Participants were given six teas to sample: a spicy Assam that had my mouth watering contrasted with a lovely forest 1st flush Darjeeling; a traditional Nilgiri (an Indian Black with characteristics of both Assam and Darjeeling) contrasted with a wonderful rare Frost Nilgiri (a tea plucked in winter after light frosts have been allowed to accumulate on the plants); as well as a pair of Chai teas: a heavily spiced traditional Masala Chai with a delightfully sweet Pink Chai made from a Darjeeling Green. As a bonus Eli also allowed us to try the Darjeeling Green the Pink Chai has been made from. I was quite impressed with the Pink Chai, never having much cared for the various Chai teas I’ve tried in the past. In any case, all of the teas we sampled were excellent and unique in their own right.  Eli really has a nose for sniffing out the best of the best for his customers and a knack for alchemically casting them into showstopping lattes and tisanes. I repeat myself: Eli is Tea God i can only ever hope to pathetically imitate.

Actually, i’d like to express my sincere gratitude to Eli for his patience in putting up with me. In reviewing my notes for this blog I had to listen to my own voice recorded at the event… *head in hands* I am such a know-it-all teacher’s pet; it’s painful to witness.

I did not attend any of the other Michigan Tea Week events because i had A: spent too much money on loose leaf tea and teaware given the once in a lifetime chance of buying it at fresh at discounted prices; and B: the rest of the events were held in places i didn’t feel comfortable going to alone. True, Detroit may not be as dangerous as some other cities in the US for Trans folks, but it’s no cakewalk either. Parts of Midtown and Campus Martius are really the only places in Detroit proper i feel comfortable being alone. I have some friends (and my brother) who spend time in Detroit i could have asked to accompany me… But then, i also don’t want to put them in harm’s way. :/

At any rate, i had a blast and i’m crossing my fingers that Michigan Tea Week was successful enough to be repeated in the future. All of the people i talked to who attended either the Korean Tea Tasting or the South Asian Tea Tasting had a great time/learned a lot. A huge thank you goes out from this journalist to all those that made it possible.