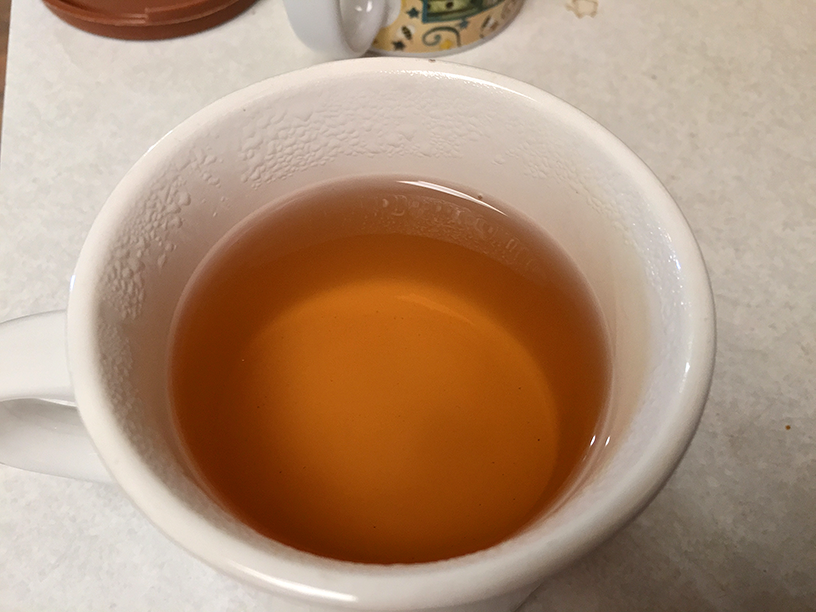 Phoenix Mountain Dan Cong Imperial Reserve is one of TeaVana’s very first teas (i think). At any rate, it’s been retired. Astonishingly, it’s also one of their longest lasting. I’ve kept 2 oz in a Tupperware modular mate (“Round 2”) for about… 4 years? In that time, it has only lost about 20% of its aroma. Compared to the sample that came in my Forbidden Kingdom set that had the smallest crack exposure to a 5cm3 air pocket inside the tin for a year, which is totally ruined. xD

I can’t drink a Dan Cong so tasting this one is kind of out. That being said, i can provide the always highly amusing promotional write up for Phoenix Mountain Dan Cong that came in the Forbidden Kingdom gift set.

Farmers in Phoenix Mountain (the birthplace of oolong tea), through skillful selective breeding have cultivated 3,000 living centuries-old single-trunked tea trees (cultivar Phoenix narcissus) with each tree producing a naturally fragrant unique leaf. Leaves from the individual tea trees are plucked and processed separately, hence the name Dan Cong (which means single bush). The Dan Cong tea tree produces an average of 20 pounds of tea per tree, per year. Renowned for its unique flavor, this tea was originally given only as an Imperial Tribute. Like pu-erh, Phoenix Mountain Dan Cong becomes more complex and its flavor improves with age.

I can definitely attest to the more complex part, but improved flavor… well, maybe not so much. Phoenix Mountain Dan Cong has a quite powerful aroma of honeyed wild-peach. In point of fact it’s too powerful, smelling this one is giving me a migraine. One thing i particularly enjoy about Phoenix Mountain Dan Cong is its liquor: a gorgeous rose auburn. On the tip of my tongue, Phoenix Mountain Dan Cong is unrefined and crass. I’m not sure I would say it tastes like wild peach, more like charcoaled marshmallow. Certainly not a tea I would ever necessarily endorse, but I suppose it has its moments. For instance it comes from Guangdong, which is rare for imported Chinese tea. xD