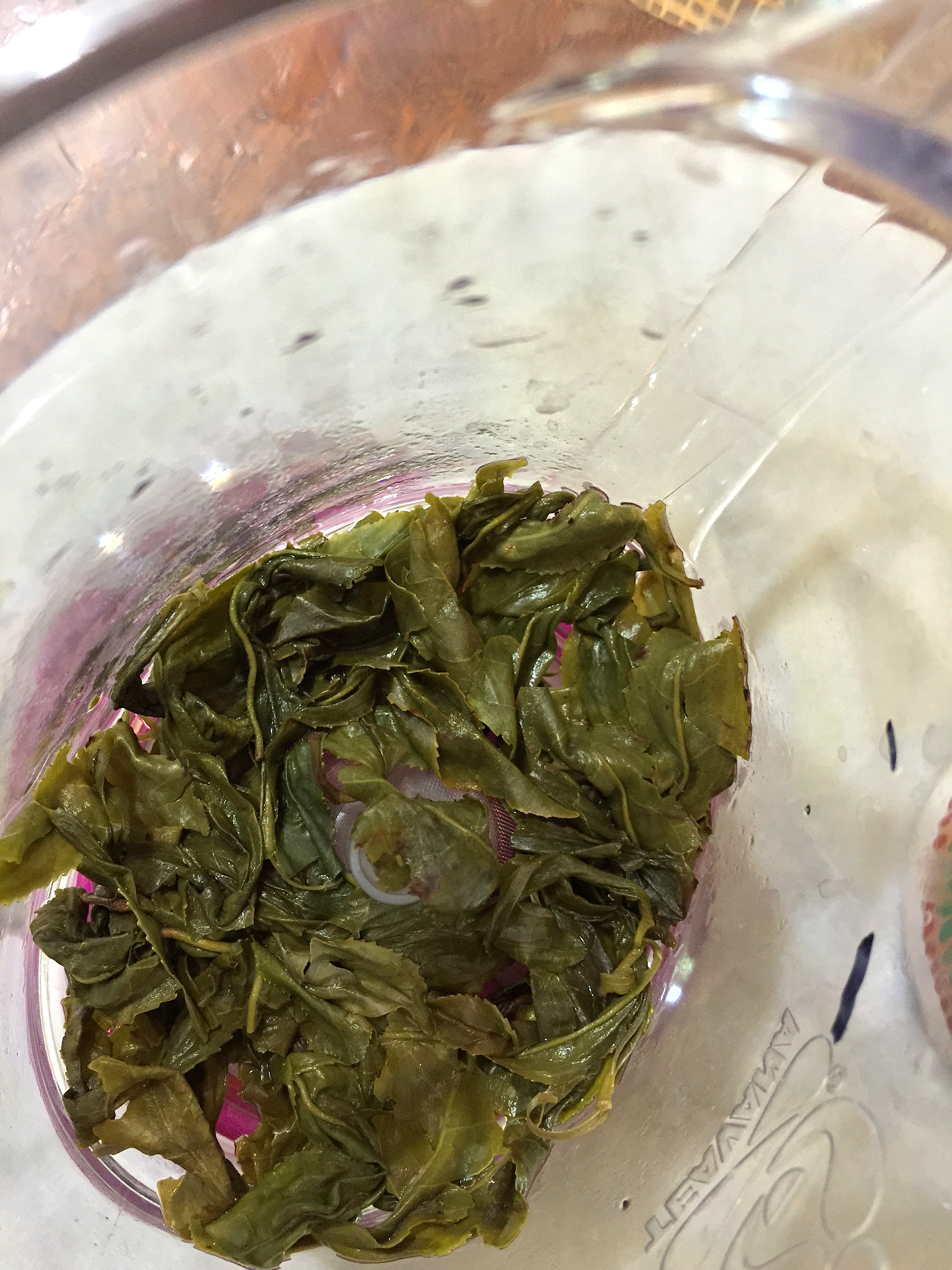 Before you waste your time, today’s post is more or less a shaggy dog… ;)

You don’t need to worry if you can’t read this blog’s title. I can’t either (it took me half an hour to translate). Realistically, very few people can since it’s split into a couple different East Asian and South East Asian languages. ^^;; “trả xanh” is Vietnamese for “Green tea”. Yin Hao (銀毫緑茶) is Chinese for “silver tipped Green tea”. Tian Hu Shan (天湖山) is Chinese for “Heavenly Mountain Lake”. In other words, today’s tea (which I found at the Hua Xing Oriental Market) is a Chinese Green that’s packaged to be sold somewhat generically in Vietnam.  So why I am totally confounding the pants off you? Ack. Umm…. Good question! ;p (sorry)

So… it smells terrible. >.> It’s definitely not silver tipped, and definitely not organic… and the surface of the liquor is covered in strange tea particles that it really shouldn’t be there given the strength of my infuser. The spent tea gives a whole new meaning to the word “spent”. There’s just no way i’m drinking this. I don’t think it’s fit for human consumption? :( Lesson learned: don’t ever buy something from China that’s packaged to be sold in South East Asia? There are certainly some things I’ve bought from the Chinese market that weren’t utterly toxic. I guess it can be hit or miss.