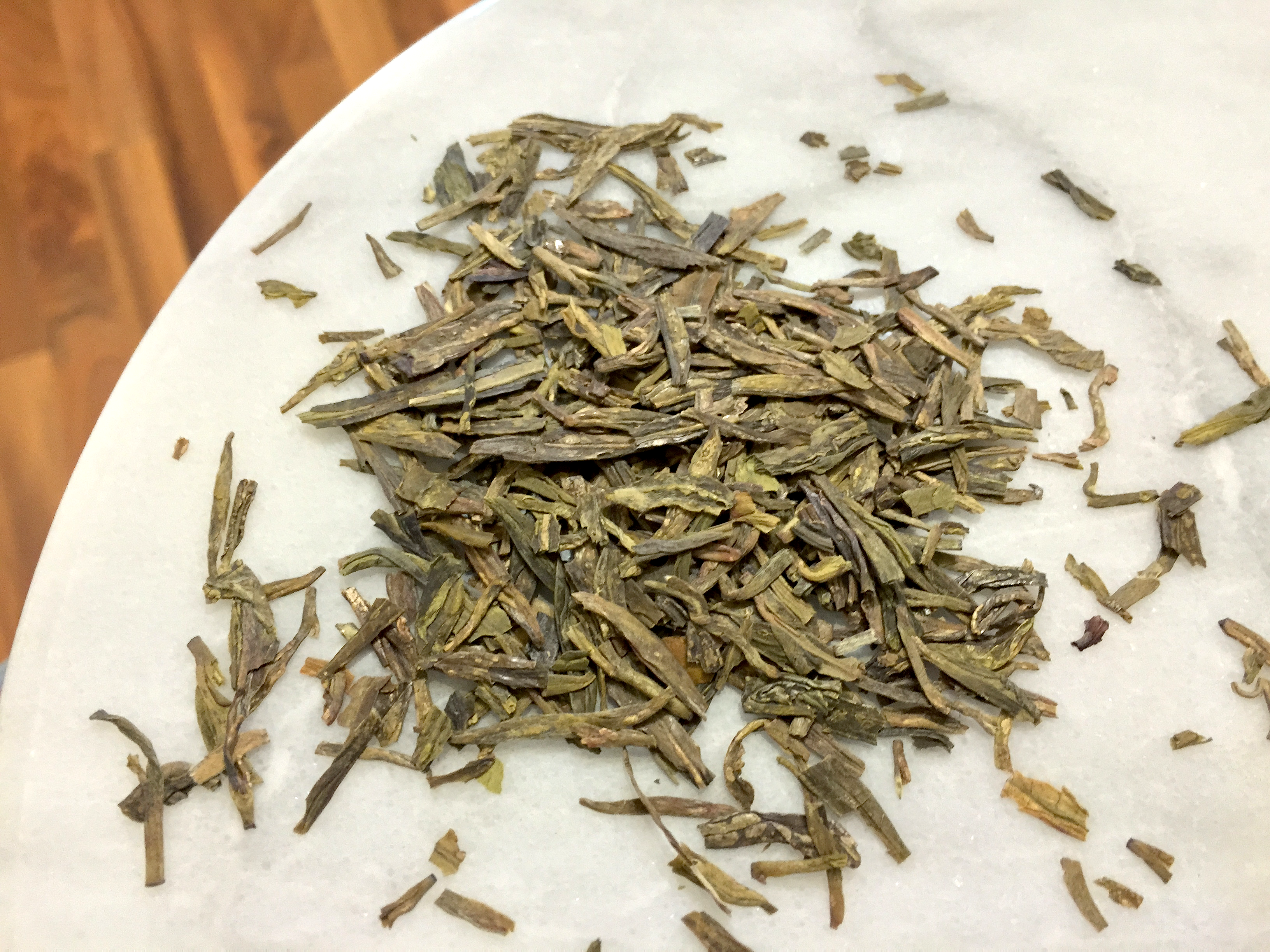 The last tea i have from my Forbidden Kingdom gift set (i somehow misplaced Monkey Picked Oolong or tossed it out for some silly reason) is Dragonwell (Lung Ching). Dragonwell has sometimes been called “thin and seaweed like” (I quoted myself there), but i don’t really get that sense from this tea. Perhaps that feeling is owing to its “Imperial Reserve” subtitle this time? Nah. Most likely it’s owing to its Zhejiang provenance.

The first thing you notice about Dragonwell is its liquor: a rose-tinged pale yellow-green color with a goodly amount of splotchy particulate content not unlike throwing water into a cup you recently had orange juice in. In aroma, Dragonwell is good deal more bitter and astringent smelling than its other gift set cousins, with a subtle bamboo note. An expert or sommelier will be able to tell you it also has a pan-fried aroma. Flavor-wise, Dragonwell is almost more like an Oolong than a Chinese Green. Foremost in my mind is its bitter, just-cracked nutty content, though Dragonwell also has a minute bit of tanginess. Dragonwell’s texture may be its greatest selling point: a rough and tumble, white water rapids of a explosive grit that lingers in the back of the throat. When i close my eyes, the experience of drinking Dragonwell sends my mind off to an archaeological dig on the banks of rocky Chinese river shoreline.

Plucked & processed according to the ancient methods of “Ch’a Ching’, or ‘the way of tea’, this legendary tea from the Zhejiang province is entirely handmade producing flat-green leaves leading to a mellow-sweet tea with chestnut undertones. Dragonwell is historically known for promoting mental alertness and carries a lingering sweet aroma.

Probably the runner up for TeaVana’s best Green. What i like most about Dragonwell is how it reminds me of drinking an Oolong without actually having to drink one. ;)