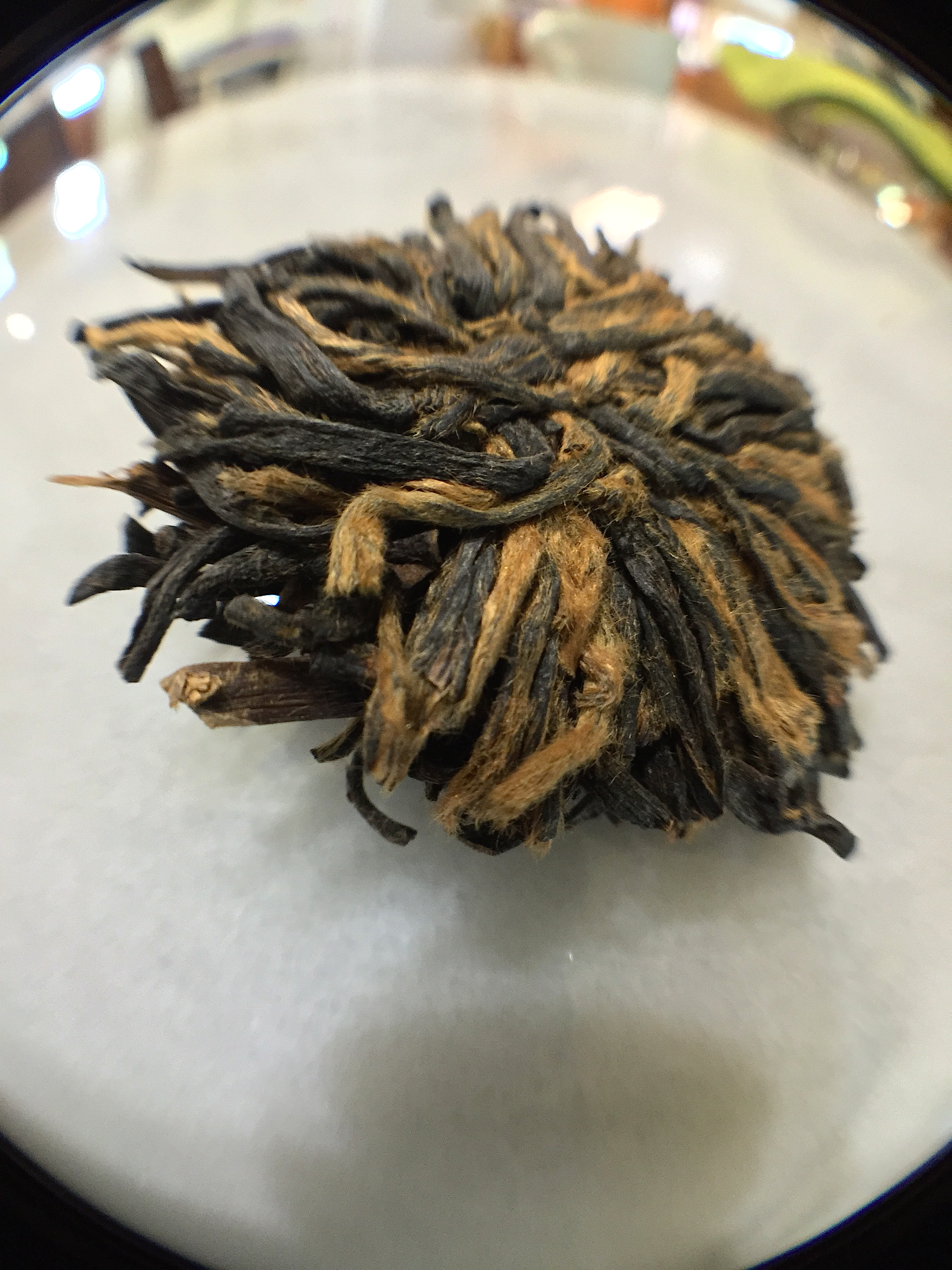 One style of tea I have yet to address on this blog is Display Tea. Although not all Display Teas are Flowering/Blooming Teas, these make up vast majority of ones that can be acquired in the West. Display Teas are more or less simply that, teas brewed primarily for their visual appear. For years I have avoided buying Display Tea since it has always felt like a waste of money (i’m far more interested in the subtleties in flavor and aroma). However, many people do gravitate to Display Tea, and actually they d0 have something of a shrouded history (no pun intended) as they all tend to come from Yunnan (which you probably know by now is the birthplace of tea). It’s actually a carefully concealed mystery (or if we apply Occam’s Razor, knowledge that has simply slipped through the sands of time) whether Display Teas are a modern invention, or if they came about as part of a pre-modern Imperial Tribute. In any case, I decided awhile back i needed to do a Display Tea Week to investigate things further.

Before brewing, Display Teas are usually just a dense ball or clump of loose leaf. During steeping however, Display Teas slowly unfurl into hand-tied tea art, mimicking the blooming of a flower. Not every Display Tea will be successful, and oftentimes one will have to poke and nudge the bulb into showing its design. Display Teas tend to be made from globe amaranth, chrysanthemum, jasmine, lily, hibiscus, and osmanthus, but quite often the jasmine content drowns out all other flavors and scents (i’ve often wondered why they then would use jasmine, but it’s a Chinese thing so i doubt i’ll learn the answer any time soon).

Black Peony, Also Known As Black Sea Anemone (in Chinese Hong Mudan, 紅牡丹, or Red Peony–Black teas from China are often referred to locally as Red teas, but we don’t use the term “Red tea” much in the industry since it can easily be confused with Rooibos), is easily the most interesting and expensive Display Tea i was able to get my hands on. I read about Black Peony in Jane Pettigrew’s The New Tea Companion, among other examples of non-blooming Display Teas (eg. Dragon Whiskers, Red Tower, White Plum, etc.). After copious internet searching, Black Peony ended up being the only traditional non-blooming Display Tea i could find sold online without going to Ali Baba (Art of Tea, you have my gratitude for holding onto this amazing find). :( Black Peony is actually an odd choice to usher in Display Tea Week with, as it has no Flowering/Blooming aspect. Also, unlike all the others entries for Display Tea Week, Black Peony is a Black. To be honest, I chose to have Black Peony reviewed first since I reviewed Eli’s White Peony for the last post… xD

Although it’s aroma isn’t exactly bursting, this Anhuian Black does have a slight Tippy nose. Actually, in flavor though, it’s all malt and molasses. As malty and milk chocolatey as most any Yunnan Gold worth its stripes, Black Peony has a well-rounded Mao Feng pluck. Tea grit does not disappoint: Black Peony has a hot cocoa-like melty-grit. I can imagine Black Peony brewing to a bit more Tip than i was able to get through my lab setup. Black Peony also has a really inviting bright amber liquor. Even without it though, it’s obvious Black Peony is a far older and more successful (ie. drinkable) Display Tea than most. Black Peony’s major downfall arrives in its inability for its leaves to really unfurl.

Tied for first place. I’ll have to go back through my reviews, but Black Peony may be the first tea I’ve ever reviewed that actually requires brewing in two different vessels, once in a teapot (for visual/photographic purposes) and once in my Perfect T-Maker (for tasting purposes). But actually, you know, compared to the other entries reviewed this coming week, there results are really stark. The fact that tasting wasn’t required for those teas to be considered successful is actually pretty sad. ^^;;