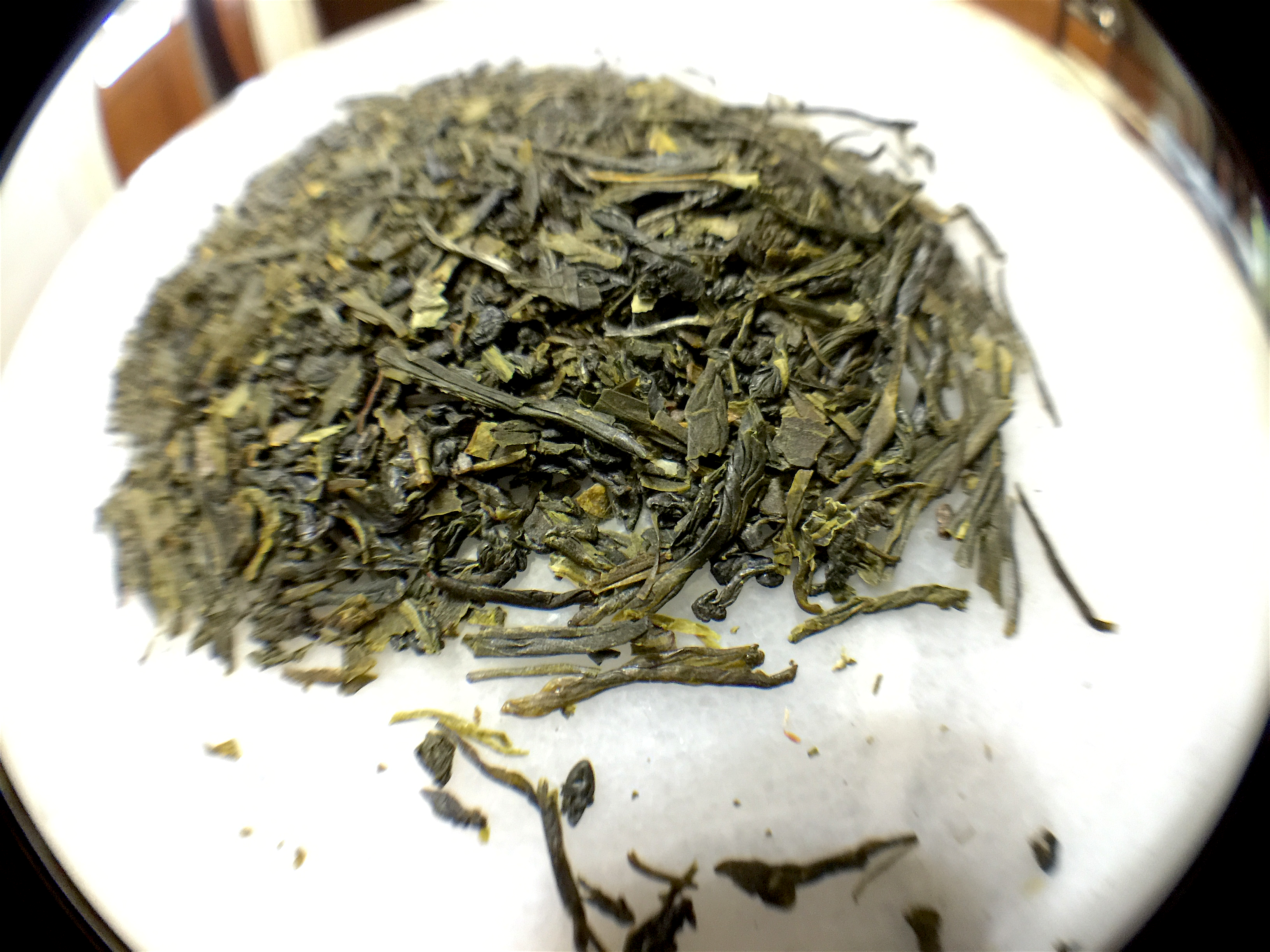 I picked up this tea based solely on the fact that its name is misspelled. Generally speaking, a “raw” Japanese sencha that hasn’t undergone the rigorously finishing methods would be referred to as a “tama-ryokucha”, or literally “raw green tea”. Potentially the tama could also refer to a rounded ball as in a hand-rolled budset, or potentially a bud-only pluck. I don’t think i’ve really encountered one previously where that translation really fits so well, but just throwing that out there.

Although Organic Tamayokucha may possibly be the correct spelling given that it’s a Chinese Green produced in the style of Japanese (one would think 10,000 authentically Chinese Greens would be enough…). It could then simply mean “strong-raw-tea” (especially in that I started coughing after drinking half a cup). >.> One interesting thing about Two Leaves though is that it’s name is actually short for “Two Leaves and a Bud, Inc.” Or, in other words, they’re calling their company mao jian. ;)

Organic Tamayokucha is easily one of the worst Chinese Green I’ve ever had. It has practically no aroma save for the smallest hint of vegetal. Tamayokucha’s grit is more like the sensation of hair stuck to your tongue. In taste it closely resembles an organic bancha, or as i like to call them “blanch-cha”. To expound, the taste basically reminds me of a pan-fried sencha, except one in which the leaves haven’t been de-veined. The tea’s appearance confounds: half of the leaves are twisted and half are ball-curled. Although it’s not exactly a misnomer since it is advertised as “whole leaf in a satchel” tea. Nevertheless, it’s disappointing. Thus, it comes as little surprise to me that all Tamayokucha’s distinctive components have been all but removed.

Admittedly Organic Tamayokucha is definitely good for you and the environment. The package is stamped USDA organic, NON-GMO Project Verified, Kosher and US-BIO-668. To my mind though, it doesn’t much resemble what i think of as a decent Chinese Green. You’ll notice i can’t assign a category score to Organic Tamayokucha, as it receives a failing grade.