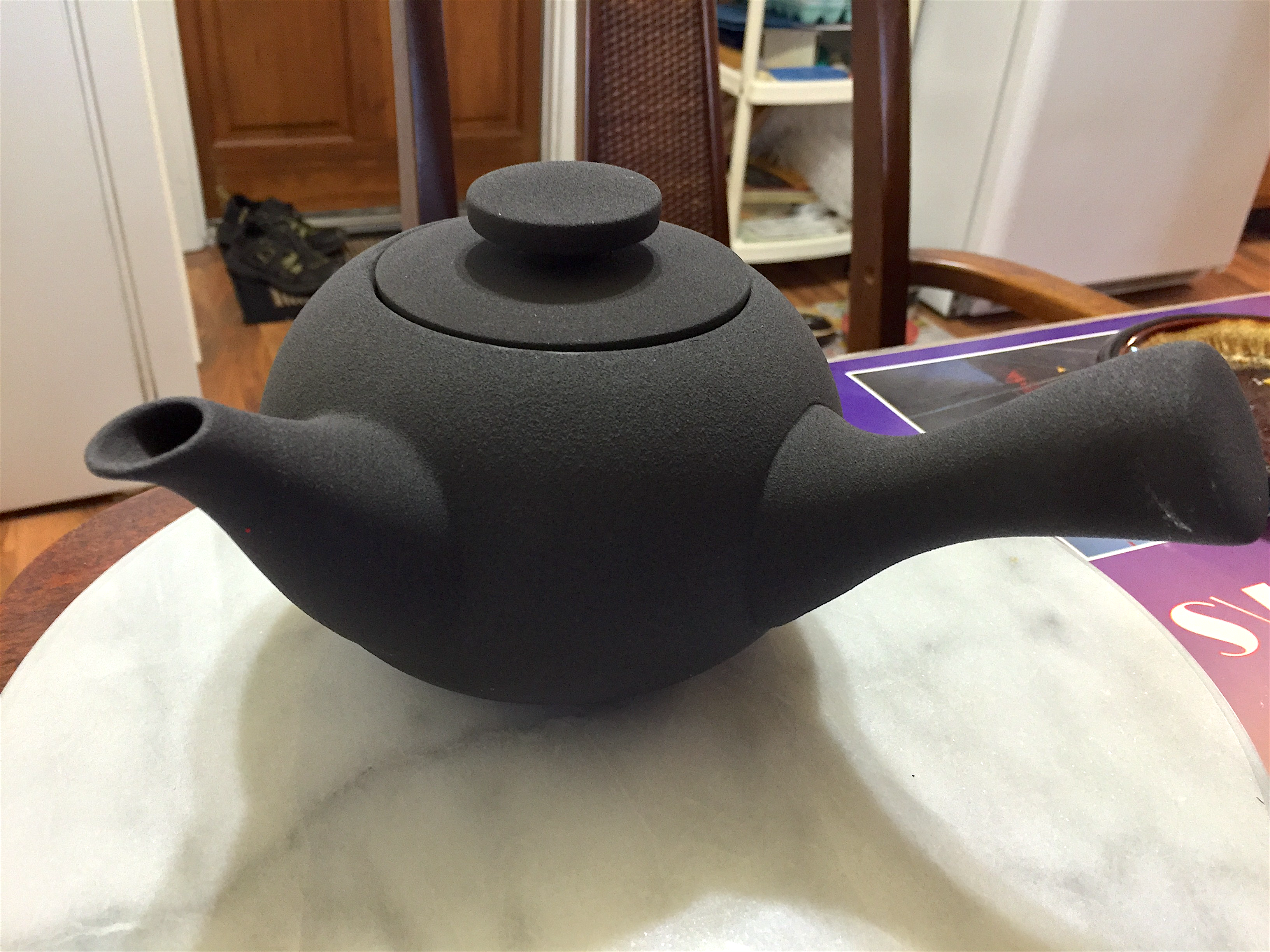 As you might be aware the day after Christmas in the West has become a Black Friday-like day for shops that sell a lot of winter/holiday themed merchandise. TeaVana and DavidsTea are the two most obvious examples of this in the tea industry. For a few years now I’ve been shopping at TeaVana the day after Christmas for teawares that i can’t justify the cost of at other times during the year. Originally this was how i purchased my first (and last) Yixing teapot, the post for which was actually the very start of this blog back in June of 2013. So in a time-honored tradition of ugly consumerism i bring you a TeaVana Excursion.

TeaVana has grown quite a bit since I started drinking tea (thanks in no small part to their acquisition by Starbucks) and as of this writing there are eleven stores in Michigan, twelve in Ohio, six in Indiana, fourteen in Illinois, five in Wisconsin, ten in Pennsylvania and a mind-numbing thirty-three stores in Ontario for a total of 91 stores o.0 within a day’s drive of where i live in central lower Michigan. Admittedly, as of this writing my passport is expired and shows the wrong gender, but you get the picture. Deciding which store to shop at for the after-Christmas sale has become a bit challenging. After glancing through the sales online, copying down the items i might want to get and searching my memory for what each of the eleven Michigan stores looked like I settled on Novi. Novi is coincidentally where my grandmother grew up on a farm with 11 siblings back when you could still find references to it being known under its original name: (ironically) “No. 6”. Yes, the roman numeral was corrupted in a painful bit of lazy linguistic Americana that makes me weep.

For those that haven’t visited it, the Twelve Oaks Mall in Novi is, well, enormous. It has easily 1,000 parking spots. Yesterday, by the time i arrived around 11 AM, they were all taken. After driving around and around and around and having several spots grabbed by other waiting cars before i could reach them, i finally found an abandoned loading dock full of potholes on the opposite side of the mall from TeaVana. I probably should have just paid for valet parking at Lords & Taylor, but who does that? Another 10 or 11 minutes of entering the wrong door into Penny’s, taking the escalator to the wrong floor, locating the store and navigating a mall that easily exceeded the fire marshal’s requirements in occupancy (most of whom would randomly veer off course when they saw me), brought me to my destination. TeaVana, which rarely takes up larger than 80 square feet, was absolutely packed to the gills with sale-chasers. My time-honored secret tradition was out. In fact the 12 Oaks Mall location had already sold out of a few items I was looking for. But i was not to be deterred. A friendly sales person and an acquaintance who’d been promoted from the Ann Arbor store helped me unearth many of the sale items on my list. Waiting in line to check out though took another ten or eleven minutes, but whatever. I’d learned my lesson: shop online if you want to get all the sales with none of the fuss. I dislike shopping online a great deal and i can’t imagine the amount of unrecyclable packaging this order would have created, but I’m thinking it’s definitely the way to go next year.

So enough about my ridiculous misadventure, what did i get for my readers? Glad you asked.

For many years I’ve wanted (but could never really justify purchasing) a Kyusu. What is a kyusu? A kyusu is the traditional Japanese tea ceremony decanter (not the tea bowl one drinks out of). Obviously not an item required to enjoy tea, and actually fairly superfluous unless you happen to be studying Chanoyu or have a blog where you shoot a lot of tea-related photography. This kyusu is stoneware, comes with four cups, looks to have a great infuser basket, and was originally priced at $60 USD, which i guess isn’t bad if you were somehow in need of one. Yet, this was the first time I’d ever seen a kyusu put on sale, and the sale was for 30% off, bringing that price down to $41.97. Somehow i decided that was justifiable. I kind of wish I had waited until i found a more authentic one, but whatever.

Next i found that the store i was visiting was selling TeaVana’s unique glass Perfect TeaMaker. Having owned and gotten a great deal of use out of their plastic TeaMaker over the years, i’d been intrigued when they came out with the glass-walled variety. Eli and i have discussed the potential for the glass-walled infuser but i’m not sure if he ever ended up finding a non-TeaVana one. Anyway, it seemed liked it would make for a good tea blog review at some point. I’d only ever seen it sold on the website, but for some odd reason the Novi store had one, and although it wasn’t on sale, i jumped at the chance to save on shipping/possible identity theft. Review forthcoming.

Next i’ve wanted a decent travel infuser tumbler for quite some time. TeaVana has put out a newer and better travel infuser tumbler every year for the past four years and i’ve never much been interested. However this past year i’ve spilled enough tea at work (including one horribly embarrassing incident you might recall where i burned myself so bad i was tempted to swear off tea altogether) to finally justify the cost of a good infuser tumbler. Wouldn’t you know last year’s model was on sale 30% off and available in metallic purple (one of my favorite colors)? xD

Finally, the tea. Reviewing tea is really the main purpose of this blog so i wanted to get at least a few on sale while i could. TeaVana tea has a tendency to be overpriced (please note implicit sarcastic understatement) and yesterday sale teas were going for 50% off and tea tins were being sold 75% off at only $1.50 each. Not that i really recommend doing this, but if you’re ever going to buy tea at TeaVana, the day after Christmas is the day to do it. I ended up buying (and hopefully will be able to review some of eventually) Watermelon Mint Chiller White, Poached Pear Cider Herbal, their most popular tisane, Samurai Chai Mate and Black Dragon Pearl Black tea. I had really hoped to get Capital of Heaven Keemun but it had sold out by the time i arrived. I’m crossing my fingers it’s still available half off at another store, but i won’t be able to get the tea tin for that same terrific price today, so we’ll see.

My subtotal came to $141.73. I saved a total of $68.56 (impressive, no?) and my tax was naturally $6.66, bringing my total spent at TeaVana to $148.39. I didn’t really intend to spend 150 bucks when i left yesterday, and admittedly i didn’t even get everything on my list (they were selling infuser papers for $1.25 a box and there was this drool-worthy kimono-wrapped chazutsu but i digress), but hobbies are expensive and if you think about it in terms of journalism overhead, it sure beats the hell out of transatlantic flights. ^^;;