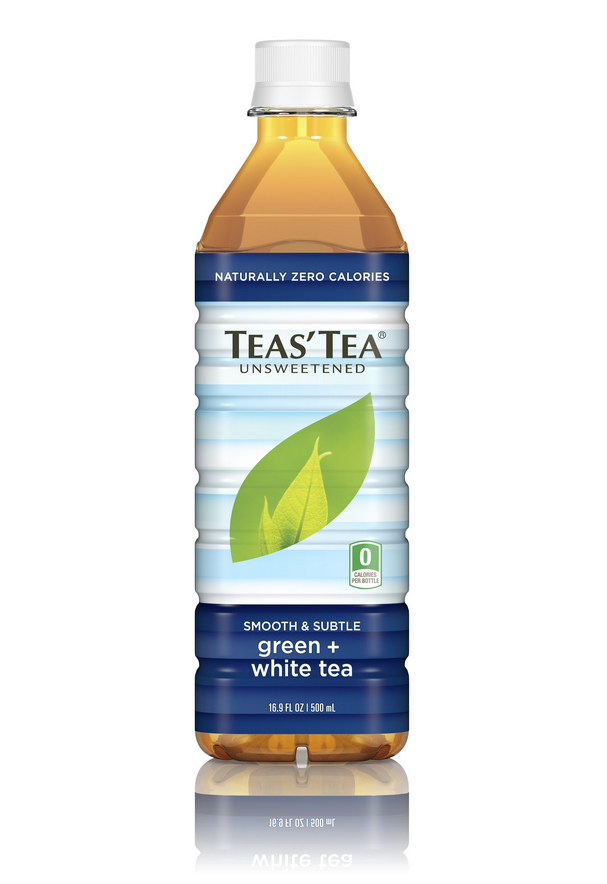 Nope, i’m not returning to my days as a Spartan. Rather today’s post is courtesy of Teas’ Tea (a subsidiary of Itoen) Unsweetened green + white bottled iced tea. I’ve written about a lot of iced teas this summer, and probably imbibed more than any previous summer (though interestingly this is the first Michigan summer where it wasn’t very often necessary to). Hopefully i’m a setting a trend here that i’ll pick up in successive years.

Contrasting the last few posts on iced tea, Teas’ Tea is no newcomer to the market. The subsidiary (brand?) “Teas’ Tea” is at least seven or eight years ago at this point. Before that point the same tea was being sold as an import (and yeah it was pricey at that point) and didn’t look all that different from the Japanese version, though you REALLY had to get to lucky to find a retailer that carried it. In those tremulous days (2005) i was living in Kalamazoo, having recently returned from my excursion in Japan and preparing to don the office of President of the Western Michigan Anime Addicts for my year as a super senior. Although the memory is hazy, i think i found Itoen’s green & white at the Better Health store in Comstock. I was overjoyed (and broke) to haul away two cases of Japanese iced tea as it was a blazing summer. Having so much tea worked well as i probably logged 100+ hours riding my bike all over town, back and forth to the grandparents’ Parkwood house and way out to Western’s wood kiln at the nature center north of Parchment to hit on an adorable lesbian. Err… Anyway… >.>

In subsequent years Itoen came to recognize a potential market for Japanese iced tea in the West and created the Teas’ Tea distributor. It’s taken a few years to gain traction, but fast forward to 2014 and one can grab Teas’ Tea at any number of neighborhood grocers. The price is slightly better than it used to be, but thankfully the crisp caffeine burst is the same. Sadly Teas’ Tea never threw down the money to become USDA organic or fair trade, so in a way, despite its age, it isn’t really in the ring with the newcomers.

Green + White is one of my favorite teas for any occasion (today i’m having it for breakfast). In makeup it’s a terrific blend of purified water, green tea, white tea and ascorbic acid (vitamin C). A strong fragrant ryoukucha scent belies a smooth and subtle mix of woody all-Japanese flavor that takes me back to mountain climbing in Tochigi. I often down Green + White like it’s water, but with ⅓ the caffeine of coffee, it’s rarely a good idea. I guess one of Itoen’s Japanese slogans is “Ocha no naka no ocha”: The Tea of all teas.