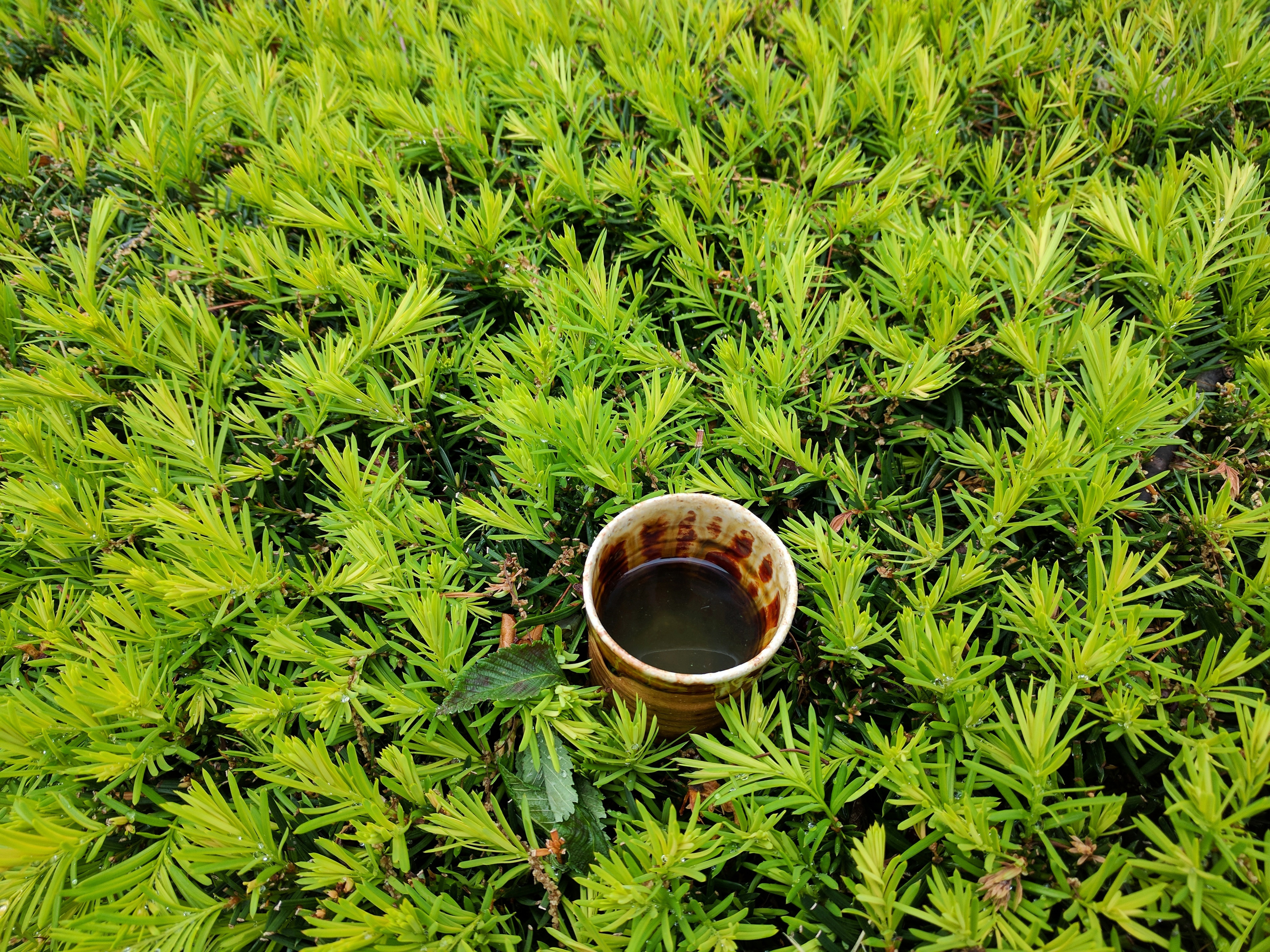 This season was especially good for Uji teas. Several exemplary varieties of Shincha are currently available, and earlier in the spring Konacha was offered from Hibiki-an for the first time in years–the grade is rarely considered high enough to meet their export standards. Ironically, the degree to which a tea is unavailable is exactly what makes it rare and sought-after in my estimation. Not surprisingly it sold out in a matter of days. I was somehow lucky enough to get my order in before that happened, and I’m very pleased to share the experience with you.

Konacha (粉茶) is more or less a Fanning byproduct of Gyokuro and as such is considered low-grade for use in cooking. Naturally it’s one of the rarest Japanese Greens in the West.  Composed of dust, tea buds and the smallest of tea shoots left behind after processing Gyokuro or Kamairicha, Konacha is often served at sushi-ya. It’s brothy and highly vegetal content makes it usually considered “too strong”.

I’ve only had Konacha once before, many years ago at Cafe Japon. I barely remembered what it was like, but I knew I couldn’t pass up the opportunity to try it again. I’m very glad I didn’t. Although it’s low grade, Konacha’s rarity in the States rivals what Hibiki-an calls their ultra-expensive “Pinnacle Grade” Gyokuro. It’s unlikely you’ll find a tea more representative of Aware. Forget ceremonial grade matcha; drinking Konacha is like whispering the Hyakunin Isshu to your beloved wrapped in rain-kissed Shibori, on a moonlit night in Tottori on the eve of your dynasty’s certain destruction… or something.

I knew the second i cut open the package the moniker “super premium” was no exaggeration. Konacha is easily one of the sweetest smelling loose leaf teas I’ve ever encountered. In brewed aroma, part edamame, part garden-fresh string bean with a hint of lemongrass. It’s flavor is so delicate it’s difficult to describe: like munching on veinless arugula? It’s texture is similar to Kukicha’s straw-like fibers combined with a powdery variously-sized particle matcha. Finally, in liquor a pleasing milky pea green broth.

I can’t award it a Best in Class however. You can’t really compare Konacha to Gyokuro (they’re simply too different in content and style) and I very much doubt I’ll encounter another of this caliber any time soon. That being said, it’s a phenomenal Japanese Green, not to be missed!