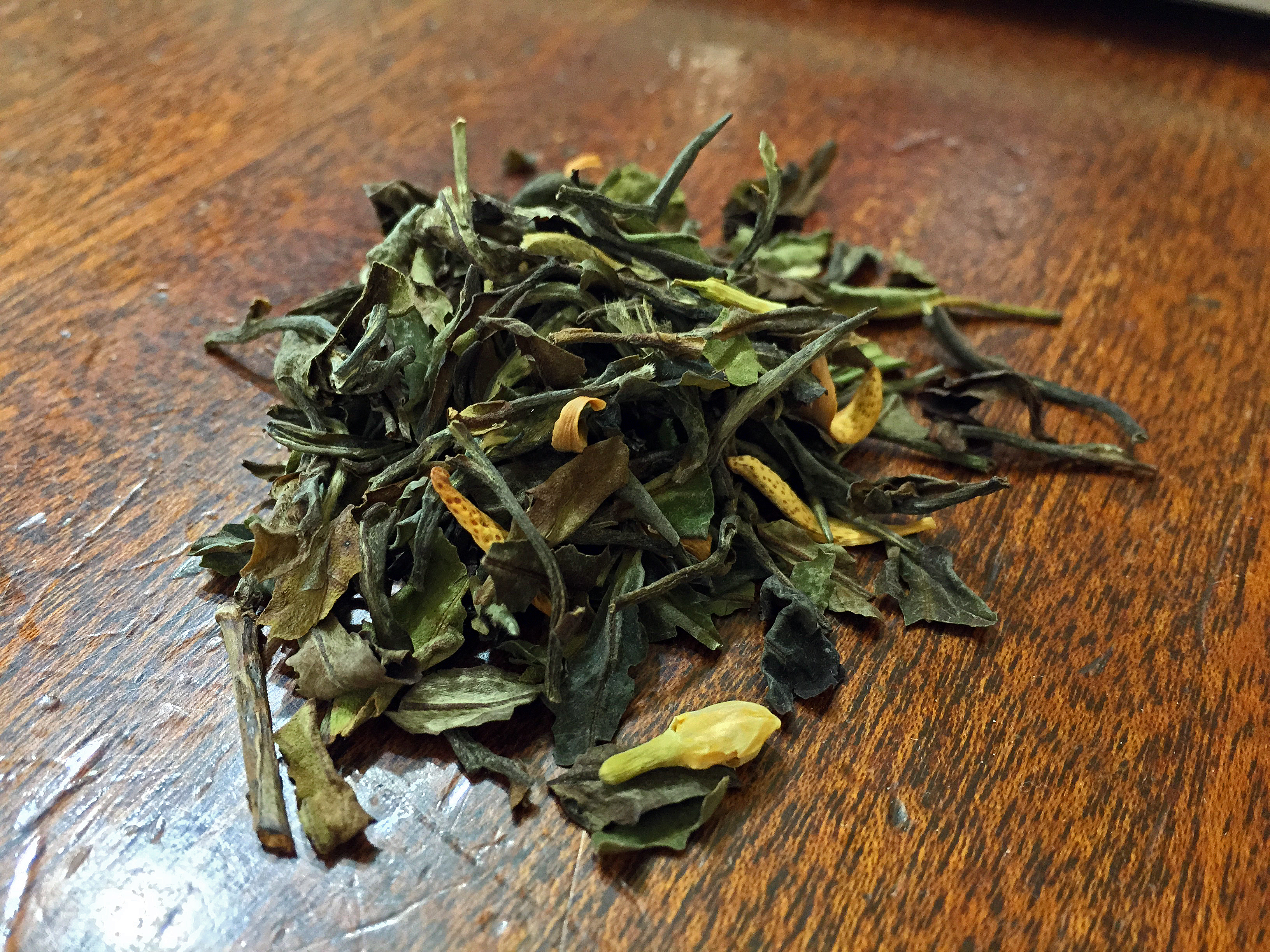 Easily the worst part about reviewing tea is the need to toss out things I really enjoy. As things stand I have quite the challenge in finding room for the ~300 teas I have on hand. Holding on to something just because I like it is no longer an option. In the past I’ve had success at giving away tea, but some teas, especially Whites, aren’t built to last and by the time I have enough stocked up to do a giveaway, they’ve already expired. Since they take up more than twice the space of regular loose leaf teas, I always feel bad when I need to get rid of them. At least with TeaGschwendner, I have the peace of mind of knowing I can help create a better compost for my mother’s garden. ;)

Although the concept of White Christmas is somewhat contrived, the actual liquor is quite satisfying. In color, orange blossom combines with White tea to offer a burnished peach tone. Aromawise, White Christmas does indeed smell of vanilla sugar cookies (it’s making me quite hungry and crave something sweet), which I admit is pretty neat, but that’s probably not saying much since a lot of Whites tend to easily pick up a vanilla scent. Obviously in terms of taste, it would be more than a little difficult to create a tea that actually resembles sugar cookies. What we get though, isn’t bad. Almond bits and orange blossom make up the bulk of White Christmas’s flavor, with a hint of woody White aftertaste added to the mix. Additionally, the texture of White Christmas is quite good: a full White grit reminiscent of a Peony (though this White was actually grown in Kerala) does little to disappoint this reviewer’s taste buds. The resemblance or lack thereof to its name notwithstanding, White Christmas is one of the most satisfying Whites I’ve had.