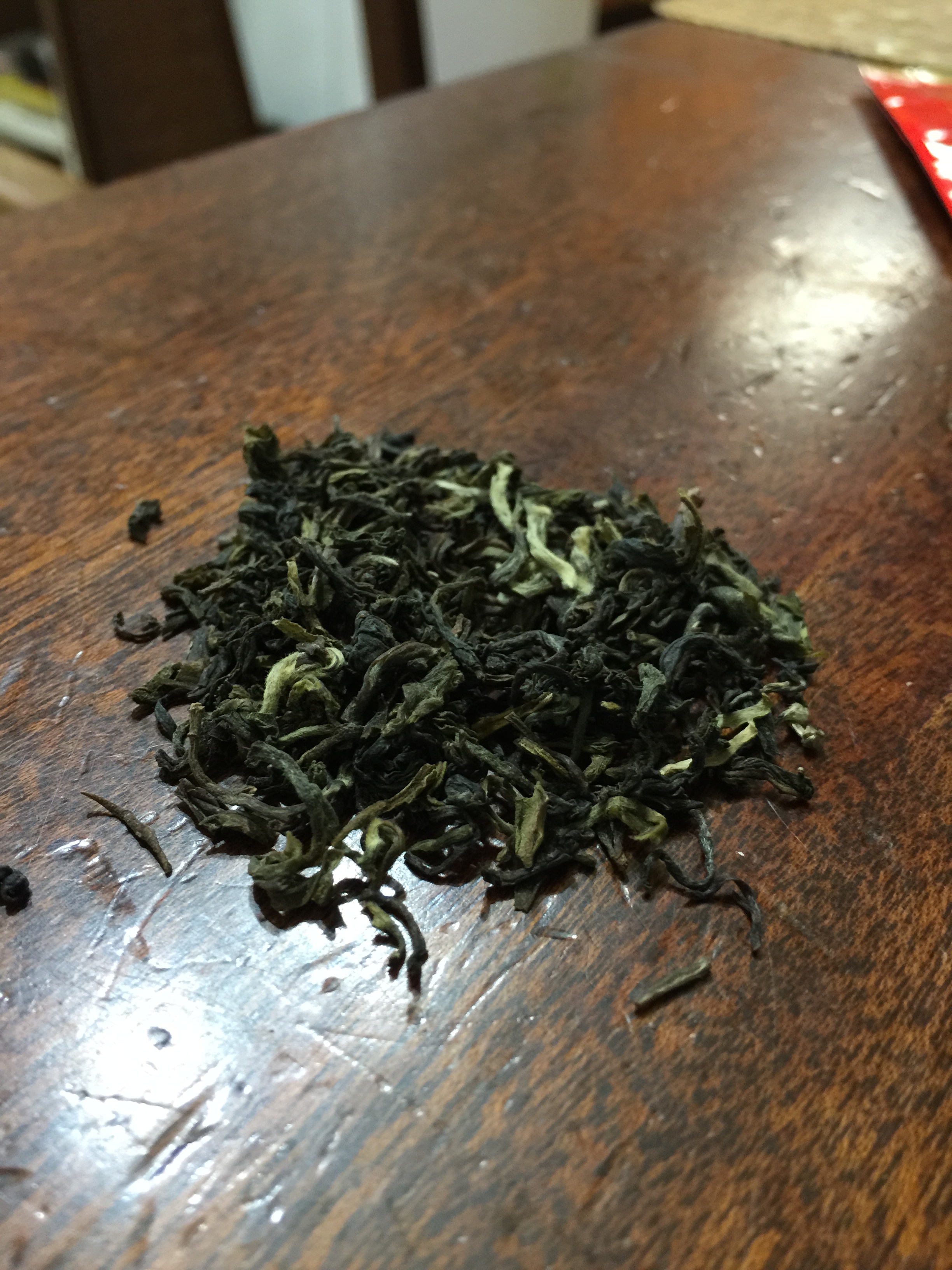 I’d love to support Nepal in any way I can… but with limited funds and no chance of really volunteering to rebuild homes or pack planes with aid packages, I’m supporting their economy by buying as many Nepalese teas as I can. Sure, it probably will have no impact on the disaster relief effort, but in a way, I may be describing and archiving a lost cultural icon of Nepal. For the next week or so I’d like to raise awareness of the plight of the Nepalese by reviewing only teas from Nepal. My apologies–my blog’s “week” doesn’t always start at the beginning of the real week.

Eli’s Nepal Green is certainly a vivid example of that nation’s long experience with growing tea. A whiff of this beautiful loose leaf tea offers something like a Teddy Grahams factory in scent. However, the liquor has virtually no aroma. In flavor, one is given a tantalizing impression of rare woody astringent-less Green, but what little taste there is dissipates quickly. As Guinan would say, “…And the taste is conveyed entirely by the imagination.” ~Yesterday’s Enterprise i think? Nepal Green’s texture however would be difficult to remove. I can’t really imagine that a tangy Tippy Golden is something you’d ever want to remove. ;)