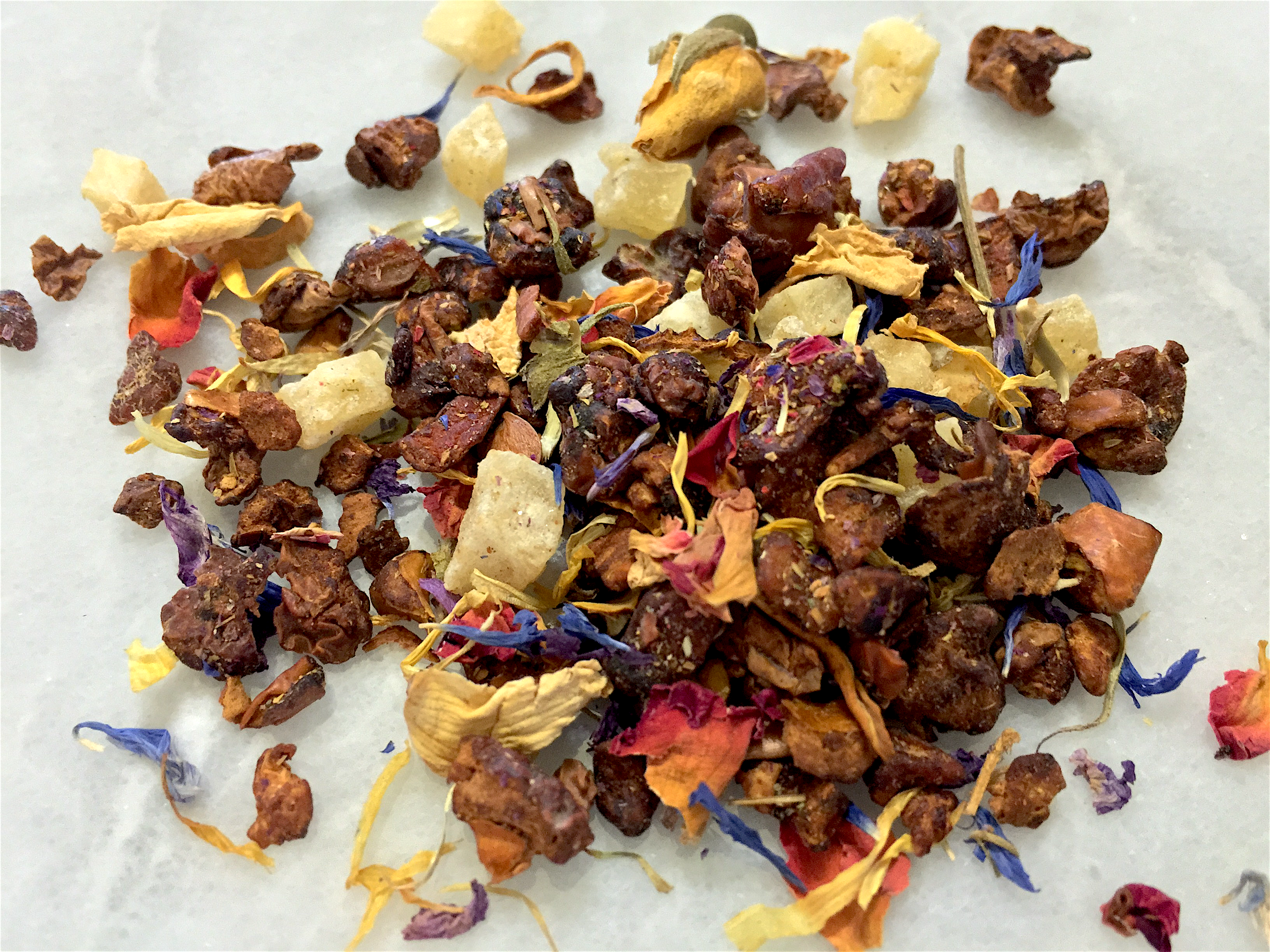 It’s been a while since i had a good smoothie, and with the exit of Kerrytown’s Smoothie King it will probably be a while longer still. However, what i do have is TeaVana’s Pineapple Kona Pop: an herbal tisane that has pineapple and orange (among other flavors). I’ve actually had it for quite a few years now. As an Herbal/Fruit tisane the ingredients don’t age as quickly. I found Pineapple Kona Pop keeps well in the same Tupperware Modular Mate with my Anise, Caraway, Fennel herbal tisane. I think this is because they share a similar zestiness?

In aroma, Pineapple Kona Pop resembles raw pineapple and blood orange. It’s liquor cups to a vibrant brown-tinged orange. Flavor-wise it’s actually probably one of the better TeaVana products and indeed would lend itself to making a smoothie (if tisanes could be made to do so). Unlike pineapple juice, the pineapple content in Pineapple Kona Pop is merely flavor without the citrus tart. One needn’t look for a deep methodology in how flavors are balanced here though–the pineapple in Pineapple Kona Pop is candied. ^^;; The orange peel and rose buds help balance against the pineapple flavor, but that’s not to say i would necessarily be averse to doing an all pineapple Fruit tea. I think what i like most about TeaVana’s Pineapple Kona Pop is its lack of sweetness–a trait not commonly shared with other TeaVana tisanes. Herbal tisanes (and in this case Fruit tisanes with Herbal additives) are often very thin, but interestingly enough Pineapple Kona Pop has a zesty, bubbly quality that masks its lack of texture. Adding rose buds usually does tend to make a tea furry, so perhaps that’s also contributing.

No rating this time. Herbal and Fruit tisane combinations like this can’t really be fairly compared to anything containing Camellia sinensis. That isn’t to say it doesn’t deserve to be scored, but were i to do so it would probably be abysmal. ;)

Quite the colorful smorgasbord TeaVana has devised for (selling) this tisane. Sadly today’s photography didn’t really capture its essence too well. I think i accidentally shot these in Square mode? Meh. It’s TeaVana. I don’t know how much i care. ;)