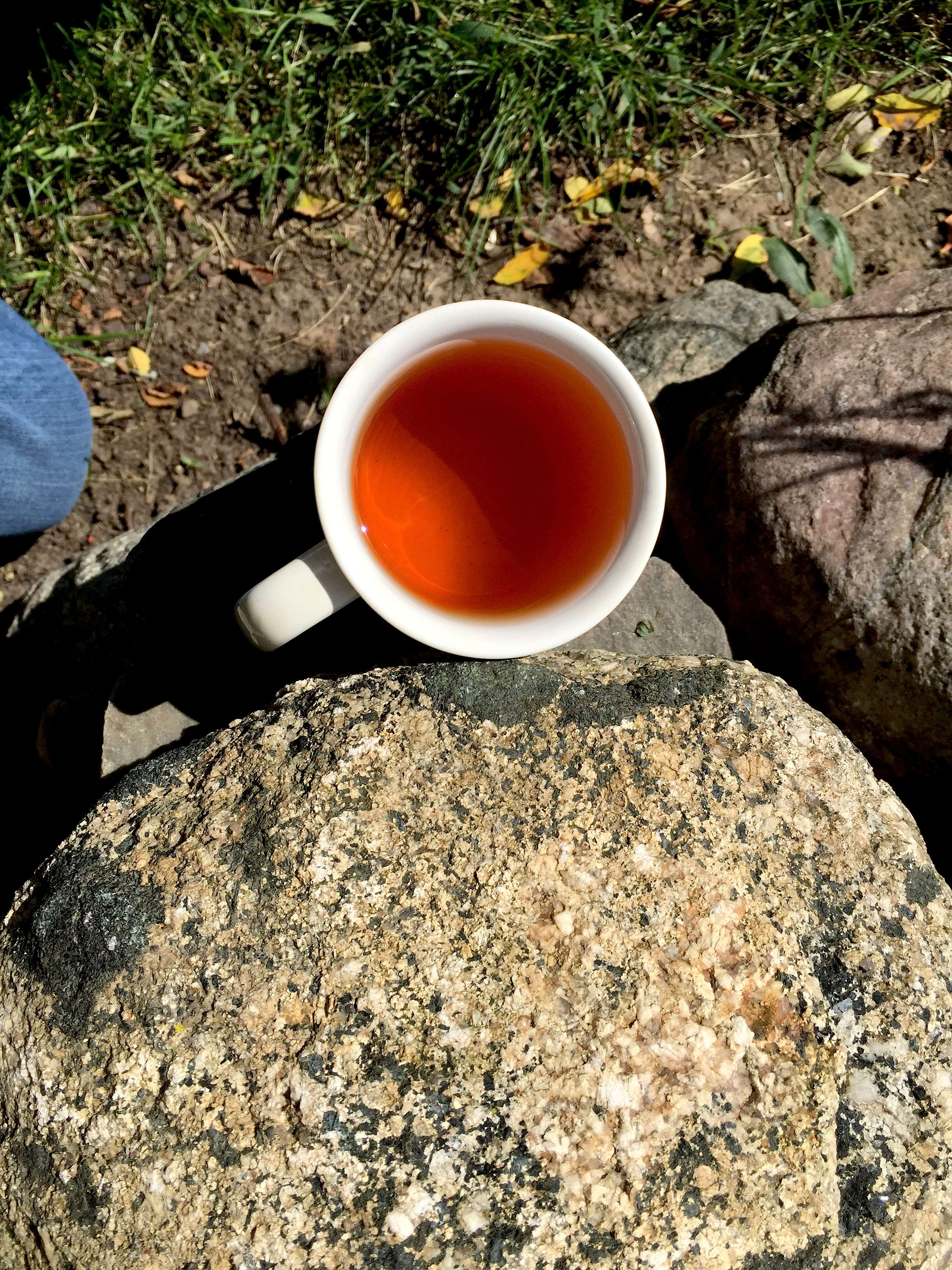 Hong Yue (紅玉紅茶) literally translates into “Ruby Black” and Rishi decided to call their Hong Yue just simply “Ruby“. At any rate, it put the idea in my head to  sing Rancid’s “Ruby Soho” which i much enjoyed.

I had to borrow a lot of information from Rishi’s cliff notes in order to introduce this tea since this rare cultivar isn’t described in any of my tea manuals. Grown in Mingjian Village, Nantou, Taiwan, Hong Yue is a cross between Burmese wild tea and Taiwan wild tea. Not all “Ruby Black” teas on the market will taste the same, the more experienced farmer will have a better chance at unlocking all the flavor profiles buried in this unique Black (including: clove, wintergreen, camphor, red date, raisin and cinnamon). It turns out that Rishi’s “Ruby” is purchased from too small a farm to merit organic certification. Despite that, Ruby is raised and sold in the most organic and environmentally friendly means possible.

Ruby’s liquor aroma is a potent Tippy full-leaf Black such as Golden Yunnan, while its the spent leaves offer up a rich Bavarian fudge nose. In flavor however, Ruby is nothing like that. It’s… quieter? An even smooth dirty, coconut Black might be the best description. Ruby reminds me a bit of Pouchong, but has full oxidation. In texture, there’s a goodly amount of Assam curl with a medium Black tea grit. The liquor cups to a bright and rich amber color tone. Even the ultra-bold leaf half-unfurls nicely. I love it!

NICE! Rishi does it again. I want to look up Hong Yue from a different vendor and see if i can’t find an even fresher example. Unfortunately, that’s a lot easier said than done…