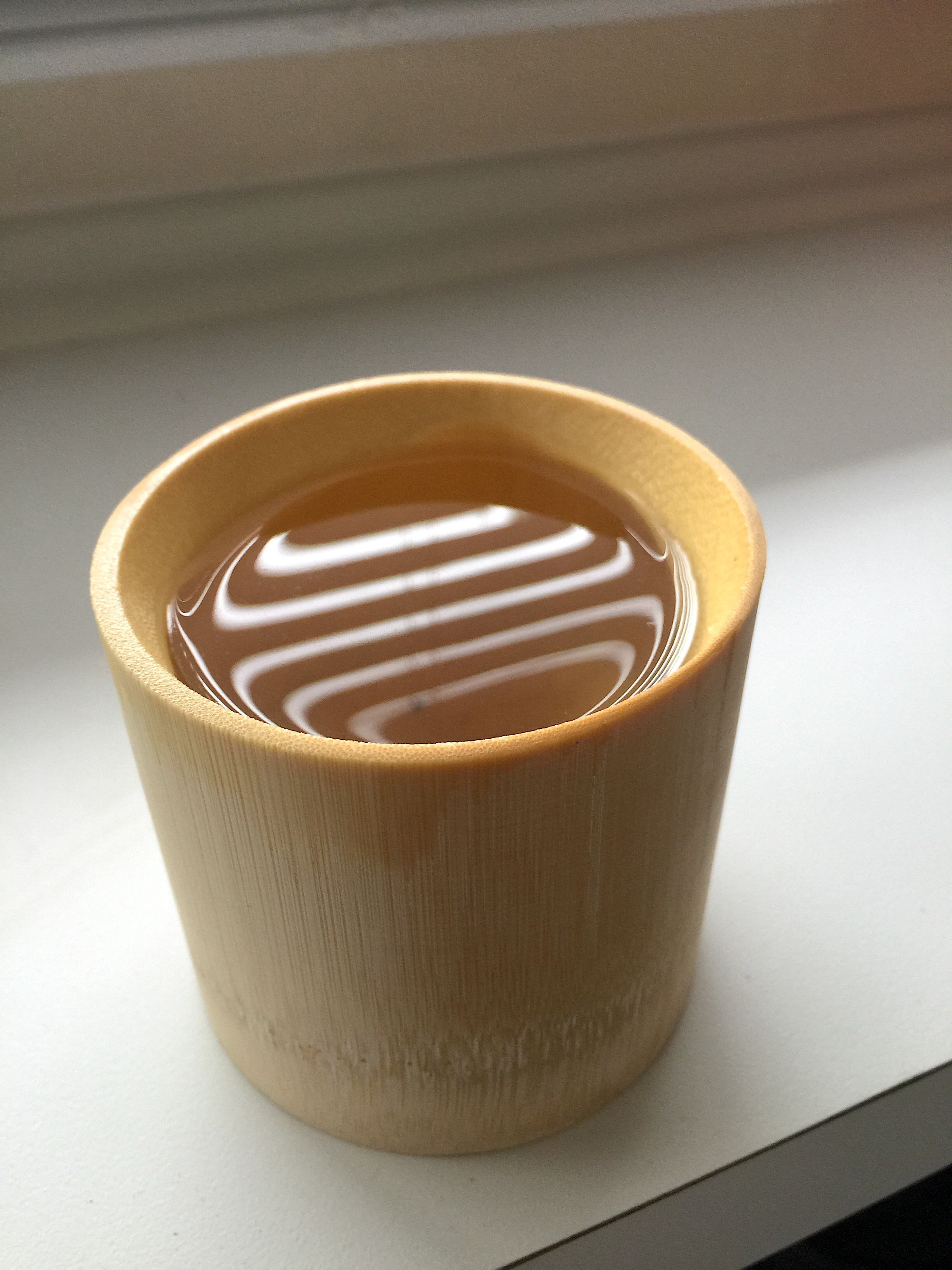 This blog post brought to you by Sleep Deprivation. You have been warned.

This marks my first visit to By The Pound in their new location! I didn’t come home with much, but i found some temporal treasures nevertheless.

Although I’ve had Kokeicha several times from different shops, somehow I haven’t even managed to mention its existence on this blog yet. After writing 350~ish posts during the past three years, it’s always an odd, exciting feeling when I get to blog about a tea for the very first time. There are more than 20,000 distinct teas in the world today, but in the West, it’s more like… 800? And that’s probably being generous. Many retailers change the name of their tea to be more applicable to their markets (eg. more or less anything I’ve reviewed from elderly women’s favorite TranquiliTea). We do have a lot more than the 74 tea retailers I’ve written about here though (Steepster lists a good… 5,000? …Unclear) and as such “new” products show up all the time. Amusingly, the vast majority of these “new” products are going to be somewhere between 40 and 400 years old. With the exceptions of LODO, Charleston and Tregothnan Estate, all tea growing occurs outside Western Europe and North America–even the most unique product will only be a conceptual flavored blend using local herbal additives. The challenge is: on the rare occasion when new products actually do pop up, they don’t exactly get advertised in any useful way (how can you be on top of the full contents of the catalogs of 5,000 vendors?). Thank goodness I’m a librarian or the research for this blog would be impossible. :}

So at this point you’re likely saying to yourself, “Shut up! I don’t care. Enough with your windbag doggerel tangents! What the hell is Kokeicha?!” … Ahem. Fair enough.

Reader: “WILL YOU HURRY UP AND SHUT YOUR OBSEQUIOUS BLOW HOLE ALREADY!”

o.0;; Err… Yes, well, that is… Most often exported from Shizuoka, Kokeicha is basically a spaghetti-shaped byproduct of matcha that’s been compressed, kneaded, extruded and dried.

…and now I’m talking to myself.

In aroma, Kokeicha smells like a rich windy field of lemongrass and cattails with a hint of honey. Similarly, Kokeicha has a decidedly woody/straw flavor aspect, with a lemony astringent aftertaste similar to kukicha. In texture, I’d call it a medium grit with a smooth finish. In liquor, a light yuzu. All told, Kokeicha is a fairly unremarkable, but highly drinkable Green.

But watch out: this one stains. :(

If you were to make a contiuum with low-grade sencha on the bottom and the highest pinnacle grade gyokuro on the top, Kokeicha would be on the lower half but not necessarily near the bottom. If nothing else, it’s rare and interesting!

“You know,  you should really just stick to photography…” ^^;